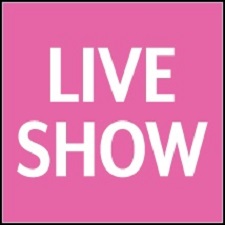 The Umbilicals take the energy of live performance and the spectacle of cinema and smashes them together into a new show performed simultaneously on stage and on the big screen.

Its like nothing you''ve ever seen, and nothing they''ve ever done, and it will blow your mind way more literally than you are expecting. The Distraction: enabling your screen addiction.

*** The Umbilical Brothers are an international comedy phenomenon. Their unique mix of mind-bending comedy and back-breaking physicality has taken the worlds favourite Australian comedy duo to 40 countries from stadiums supporting Robin Williams to stadiums supporting N*Sync. ***

They havent just broken down the rules of theatre; theyve invented a new theatrical multiverse. Unbelievable human performances meet special-effects wizardry. It feels so much like magic, youll want to burn them at the stake.

My faith in comedy was restored - The Times, London...